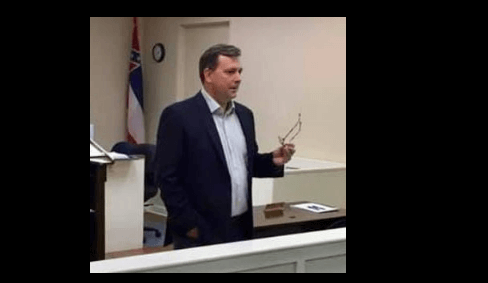 The Office of the First Circuit District Attorney, John Waddle, made a statement after a political rally was shown on tape to be offering a cash drawing for votes.

Today, my office was made aware of a political rally video and a Facebook post depicting the offering of drawings for money and prize money to voters upon proof of casting a vote in the upcoming City of Tupelo election tomorrow. The video allegedly depicts City of Tupelo elected council member Nettie Davis announcing the offer.

Under Mississippi Law, it is unlawful for any person to publicly or privately put up or in any way offer any prize, cash award or other item of value to be raffled, drawn for, played for or contested for in order to encourage persons to vote or to refrain from voting in any election. A violation is a misdemeanor and may result in a fine up to $5,000.00.

These actions will not be tolerated. I have been communicating with Secretary of State Michael Watson’s office today to discuss further action. I take election fraud seriously and I am dedicated to handling this matter and any other violations aggressively.

If you have first-hand knowledge of one of these events where money was offered in a drawing or in the form of a prize, and care about free, fair and honest elections, we’d love to hear from you.