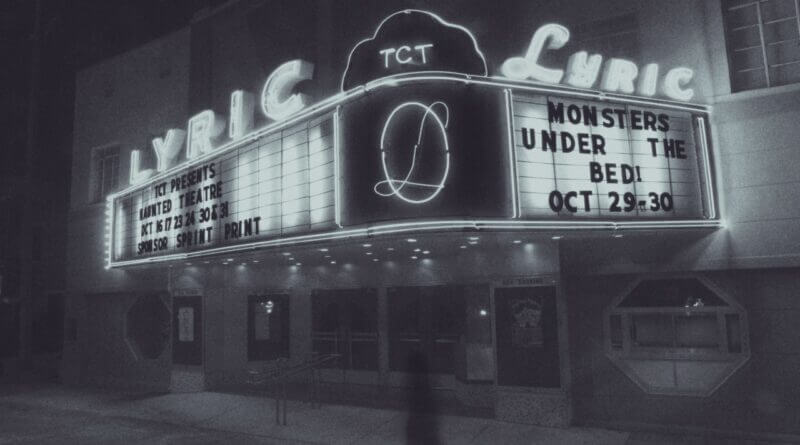 What is the first thing a person thinks about at the mention of Tupelo Mississippi? For most
people, it’s Elvis Presley. However, for some, there is a slightly darker side. Some stories
circulate amongst the locals about a few haunted hot spots. One of which is the historic Lyric
Theatre.

In 1936, Tupelo was struck by an F5 tornado. Due to the lack of warning, the
devastation was astronomical. The storm left the town in ruin with a death toll of more than 200.

The Lyric, being one of two large buildings not destroyed by the storm became a temporary
hospital. It is said that doctors performed surgeries on patients, using a popcorn popper to
sterilize their surgical tools. Many who were injured and taken to the makeshift hospital didn’t
make it. The bodies of the deceased were stored in the crawl spaces until other arrangements
could be made.

According to Lyric employees, it is believed that the theater is still the residence of one of the
1936 tornado victims. The spirit makes his presence known by stealing keys and humming.
Employees have named the ghostly trickster Antoine, though no one can really recall why the
name was chosen or by whom. Some believe that he was once the caretaker of the theater and
may have even lived in the facility, but considering the childlike giggles that are often heard
many believe he was a child that died during the theater’s hospital days of the 36’ tornado.
While it is speculated that the Lyric is home to multiple souls that met their end during the storm,
Antoine is the one who is most well known.

Another notable haunt is Cinemark Movies 8. It is said that a girl, who employees have come to
call Lola, haunts the movie theater. Lola is often seen in the arcade, concessions, and the
employee break room. Though her past is unknown, it is speculated that she may have once
been an employee. The idea is spawned from witness accounts stating that she is often seen
performing tasks to maintain the theater. It is also suspected that the ghost of a man, who has
yet to be named haunts the projection room. Like Lola, not much is known about the man
haunting the projection room.

While the Lyric Theatre and Cinemark are two very popular haunted hot spots in Tupelo, there
are others. So if you fancy a scare or are in search of a specter, just ask around. I can almost
guarantee someone will have a story and/or can point you in the right direction.