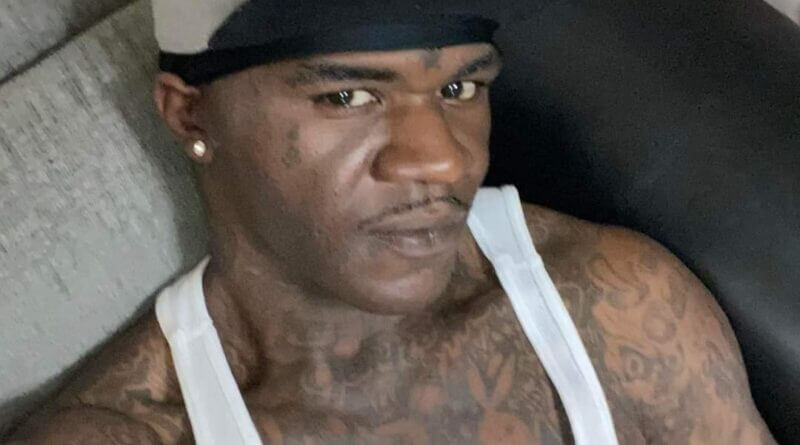 WARNING: what follows is a graphic description what we experienced on July 7, 2022. The details are important to help you comprehend the work of God. If you are squeamish, stop and go to something else.

The day had been long and tiring. We had met with our Bible, Prayer cell group at Faith Mennonite Fellowship earlier and now we were home, in bed, resting comfortably after working hard all day. It was quiet, peaceful. And we were sound asleep.

Then I hear a soft voice speaking to me. I opened my eyes and there a mere six inches or so from my face was the face of a black male speaking to me. Immediately I saw evil, pure evil. Immediately I knew what he wanted and I was not going to give it to him, neither was I going to allow him to take it from me! My mind, soul and body went into defense mode. My husband – who was right beside me – woke up and he immediately went into a protectionist mode. He started to kick at this intruder to prevent him from carrying out his nefarious goal.

A struggle ensued. Rollin kicking and doing whatever you do to prevent evil from accomplishing his goal and the intruder was just as adamant in achieving his goal. The struggle ended when the intruder knocked Rollin out of the bed onto the floor right beside the bed. He told Rollin he wants to rape me and he is not to interfere and if he does he will kill him! By this time Rollin knew he was serious and that he likely would do that. There Rollin lay in the floor with blood oozing from injuries incurred during his struggle. And helpless to protect his wife.

The intruder turned his attention on me and proceeded to manhandle me, pulling off my clothes leaving me totally naked and down on the floor at the foot end of the bed. In the process of this struggle – I was resisting him at every point, I discovered he had a knife and I knew it was a lethal weapon. Rollin stirred and then he was momentarily distracted from me where I was able to get that knife from him and I quickly buried it in a basket of clean laundry I had close by, hiding it from him.

He turned his attention on me and worked to accomplish his goal and I was just as adamant that he’d fail. I took a hold of his male genitalia and I squeezed it hard, hanging onto it for dear life. And a fight ensued although my hands were occupied in gripping fast his male genitalia I could do little with my hands but he threw me around, and I kicked, twisted, turned my body….At one point I was on my back and he lifted my feet up over my head bending my body, I cried out in pain. I cried out to Rollin to help me, speaking in Pa. Dutch so the rapist could not understand what we were saying. During this entire time I was preaching to him about his need to repent and that if he doesn’t he will go to hell. My sermon was relentless, passionate. I was crying out loudly to the LORD Jesus to help me, to deliver me. In the meantime he continued to molest me with his fingers, hurting me and I was wondering how long will this struggle, this fight continue? It was in the middle of the night, the neighborhood was quiet, still, nobody had any reason to come by. We were alone: Rollin, the rapist and me. Alone. And I cried out to God to help me. And the fight continued.

I prayed loudly, then I was led to rebuke the demon in the name of Jesus through his blood. I did this three times when all of a sudden the rapist relaxed. He got off of me and I let go. He went over to Rollin taking hold of his hand to lift him up off the floor, and then he proceeded to dress himself. I got up and turned on the light and picked up my phone. He saw it and grabbed it away from me. Then he apologize…

Rollin and this rapist stood in front of the dresser talking calmly like civilized people. He pleaded with Rollin to not report it to the police, wanting a second chance telling us he had been released from prison six months ago and did not want to return there. He has a daughter that has a birthday tomorrow ….meaning he valued his daughter telling us he had a wife and five children. Rollin asked him why he was in prison? He said, “for the same thing I had done to you.” And Rollin proceeded to preach to him like I had.

Rollin asked him how did you get in the house? “I broke a window. Come I will show you.” They left the bedroom and after they were gone I got Rollin’s cell phone and called 911. In the meantime the rapist took Rollin to the sunroom, showing him where the door windows were broken and he could reach in and unlock the door. Then he opened the door and left. Never saw him since.

It seemed as though it took the police and emergency folks a long time to come but in reality they responded as quickly as they could. The Macon Police Department personnel were very kind, professional and helpful. So were the emergency people. I showed them where the knife was and they instructed me to not touch it… The ambulance took us to the hospital two blocks away and the police stayed behind checking our house, property for evidence.

Rollin’s head was beat up that required cleaning and bandaging. Karen Yoder, R.N. did a fine job on nursing his wounds. In the meantime, while I was waiting I messaged our children and our siblings what happened thinking they would not see the message until morning but Dean and Renee did and they called immediately. He had called Jonathan and told us he is on the way down here from Caledonia. Earlier the emergency people told us we need to contact family or a friend to come and be with us. Since we had no children close I called our pastor, Craig and Shirley Miller so they came and stay with us for a few hours.

The reports of this incident went viral in a matter of a few hours. The entire neighborhood heard it and it went “global”.

Many people think I would be traumatized, being unable to sleep. But this is not the case. I will always remember the fight I had – the worst ever in my life and not only that while the bedroom had very little light we were able to see clearly – it was as though God had given us night vision. BUT. BUT. My mind stops at that point: I saw God work a miracle and then I am filled with the most awesome wonder, worship as I saw it unfold. My love for God is so overwhelming – it was so awesome being delivered from pure demonic behavior and I am filled with the most intense thankfulness for his intervention. I am so utterly grateful that my heart overflows with Love for my LORD Jesus. This is so sacred. God deserves all the honor and glory for delivering me and Rollin from further harm physically, spiritually and mentally. God is awesome.

Today I so wish we could see the fruit of our sermons in the life of this rapist. Not only did he hear the gospel he also was the recipient of a deliverance of a demon. My pleasure would be complete if he would in true repentance apologize and testify to the work of the Holy Spirit in his life. In the meantime we believe he needs to be confined lest he hurts someone else, so we are cooperating with the law enforcement, believing they are a minister of God for good.

Rollin’s wounds are healing. He has bruises not only on his head but also pain in his arms and shoulders. I have bruises on my back, fingers were swollen and are still stiff. One of my front teeth was knocked loose. But we are mending and it will take time to fully heal.

God is still GOOD.Bless His name.