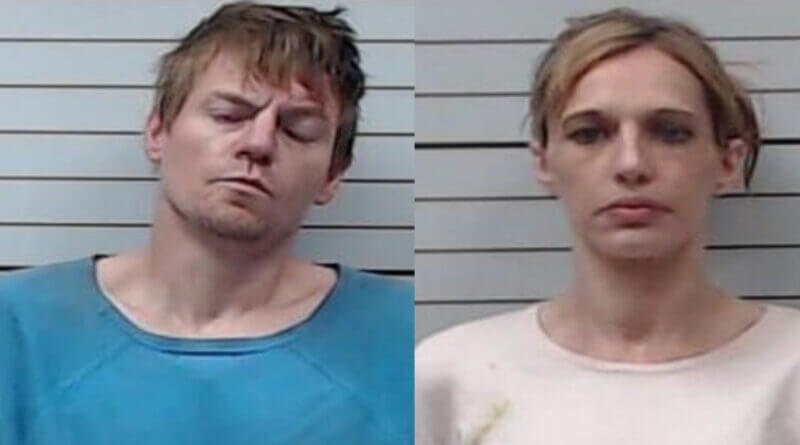 A days old newborn was found in desperate medical condition on Thursday and a pair were charged with felony abuse related to it.

From the Lee County Sheriffs Department:

On Wednesday 11/04/2020, Deputies of the Lee County Sheriff’s Department was dispatched to 331 CR 417 in Guntown to do a welfare check regarding a possible newborn baby that appeared to be in need of medical attention.

Several trips were made to the residence by deputies and investigators both after the initial call and over the next couple of days. Each time contact was made with the residents David Fisher Jr. and Nina Gebhart and they repeatedly denied having a born child but claimed that Ms. Gebhart was still pregnant.

Thursday night around 22:00 deputies again received information that the infant was there at the residence and upon arriving, deputies located an infant child that appeared to be in need of immediate medical attention. Medics were called to the scene and transported the baby to NMMC where the child is currently receiving medical care.

Mr. Fisher and Ms. Gebhart were both immediately taken into custody and held for investigation at the Lee County Jail. The investigation quickly revealed that the child was, in fact, born on Monday 11/02/2020 in their residence with no medical help or attention for the child prior to or post-birth.

During the investigation, it was determined that, given the desperate medical condition of the child and deplorable living situation, both would be charged criminally, and those charges are as follows:

David Fisher Jr. of 331 CR 417 in Guntown is charged with Felony Child Abuse and Deprivation of Necessities with Harm. He was given a bond of $500,000 on each charge, totaling $1,000,000. Mr. Fisher has an extensive criminal history and was out on a felony bond at the time of this arrest.

Nina Gebhart of 331 CR 417 in Guntown is charged with Felony Child Abuse and Deprivation of Necessities with Harm. She was given a bond of $500,000 on each charge, totaling $1,000,000. Ms. Gebhart also has a prior criminal history involving narcotics.