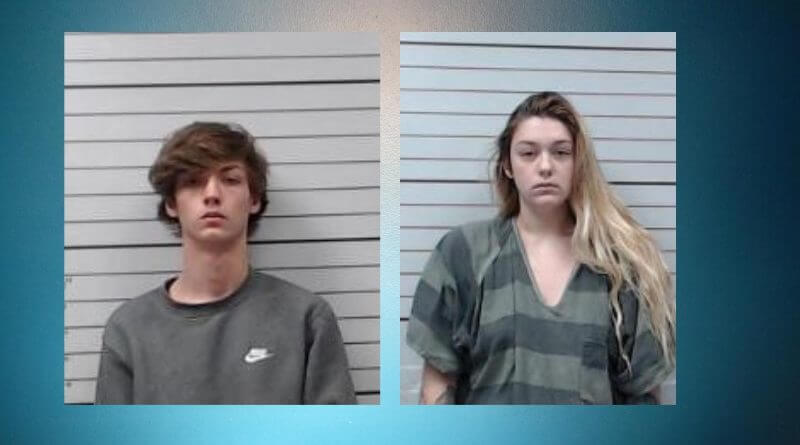 A pair of teens in Lee County were arrested and charged related to a series of auto burglaries in the Saltillo area according to a realease from the Lee County Sheriffs Department.

On August 22, 2020, the Lee County Sheriff’s Department received several complaints of burglary of an automobile in the area of County Road 811 near Jean Circle north of I-22.

During the course of this investigation, it was determined that a possible suspect in these cases was a Tyson Channing Brown, an 18-year-old male, who was living in the area of Road 811 near where the burglaries had occurred. Investigators with the Lee County Sheriff’s Department were able to locate Tyson Brown and they were also able to locate several items that were reported stolen in the burglaries.

The stolen items were recovered. During this investigation, it was determined that there were at least 5-6 vehicles that were burglarized in the area of County Road 811. At this time, Brown is charged with 5 counts of Burglary of an Automobile and these cases will be presented to the Lee County Grand Jury at the first of the year with possible other charges presented at that time.

Tyson C Brown is currently out on other charges and bond in Itawamba County where he was charged, and awaiting Grand Jury, on 13 counts of burglaries of automobiles in Itawamba county from an earlier this year.Also arrested in this investigation, was Autumn J Long, a 19-year-old female, from the County Road 811 area.

During the investigation it was determined that Long was not directly involved in the Burglaries of the Automobile’s committed by Brown, however, she did participate in other crimes after the burglaries. Long is in a relationship with Brown and she was charged with one count of ‘False ID, Fraudulently Obtaining Goods or Services’.

This charge is in direct response to her attempting to use credit/debit cards obtained by Brown from the auto burglaries. Autumn J Long will be presented to the Lee County Grand Jury at the first of the year with possible other charges presented at that time.