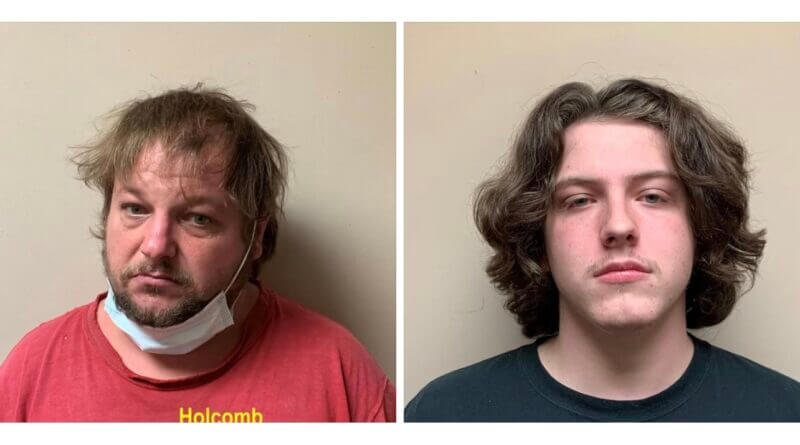 Two males were arrested in Tupelo on Sunday as suspects in the burglary of an automobile. Robert Holcomb and Brandon Smith were taken into custody.

Holcomb had a prior warrant for a misdemeanor and both were given a misdemeanor marijuana charge due to possible possession in the car.

Below is a press release regarding the arrest.

2 Suspects Arrested for Burglary of an Auto

On 12-12-2021 Tupelo Police were dispatched to Westmoreland Drive for a possible Burglary of an Auto case. Officers located 2 suspects and detained them for questioning. The 2 suspects, Robert Holcomb (39 y/o male, Tupelo) and Brandon Smith (19 y/o male, Tupelo) were arrested. Possible Marijuana was located in their vehicle and Holcomb had an active misdemeanor warrant. Both suspects were transported to LSO for the misdemeanor marijuana charge as well as for Holcomb’s warrant.

Investigation at the scene revealed evidence that indicated that both suspects were involved in a Burglary of an Auto. On 12-14-2021 Tupelo Municipal Court Judge Allen set bond at $20,000 on Smith and $60,000 on Holcomb for 4 counts of Burglary of an Auto.