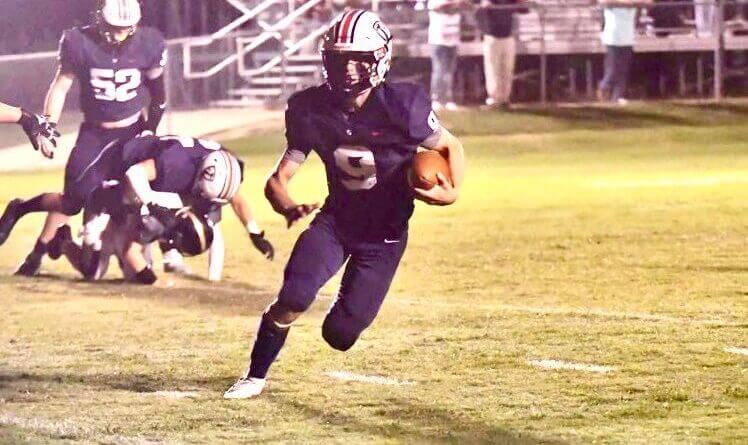 FALKNER–The TCPS Eagles started the season at 0-3. However, behind a pair of first-half touchdowns from junior running back Gabe Malone and an insurance TD run from quarterback Brewer Baily in the second half, TCPS got its first win of the year, 21-0 over the Eagles from Falkner (1-3).

“A win any way you get it is good,” said first-year TCPS coach Brad Kimberlin. “A good hard-fought game by both teams. We’ve got to continue to plug. The small things of running the ball, tackling, and blocking…we’ve got to do a better job at that, but I’m proud of my guys for getting the job done.”

As for Falkner, they fall to 1-3. But they can take some solace in knowing that even though they lost, they still won when it comes to the Class 1A playoffs. That’s because TCPS is under playoff probation this season as handed down by the Mississippi High School Activities Association (MHSAA), due to alleged recruiting violations under the previous staff.

Brewer Bailey and Gable Malone led TCPS with over 250 total yards and 3 scores. The pair also combined for 18 tackles and 3 sacks. As a team, TCPS accounted for 9 sacks.

Looking ahead to next week, TCPS will host 1A North juggernaut Biggersville, while Falkner travels to Thrasher.